The UN in India

The United Nations system includes 26 organisations that have the privilege to serve in India. The Resident Coordinator, the designated representative of the UN Secretary-General to the Government leads the UN Country Team to advocate the mandate of the United Nations, while drawing on the support and guidance of the entire UN family.

The United Nations provides strategic support to India to help the country achieve its aspirations to end poverty and inequality and to promote sustainable development in line with the globally agreed SDGs.  The UN also supports India, as the world’s largest democracy, in the county’s ambitious commitments to rapid change and development priorities.

In India, as in other countries in the world, our work is guided by the United Nations Sustainable Development Framework (UNSDF), a framework of cooperation, results and strategies between the Government of India and the United Nations system in India to contribute to the achievement of national priorities and the Sustainable Development Goals (SDGs).

The UNSDF was framed following a highly participative process, in consultation with government entities, civil society representatives, academia, and the private sector. The seven focus areas include:

Across outcome areas, the UN also supports the Government of India on south-south cooperation, in partnership with the Ministry of External Affairs.

The UNSDF serves as a partnership framework between the Government of India and the UN System and is being nationally executed under the overall coordination of NITI Aayog.

It underscores the core programming principle to leave no one behind. It is aligned with global and national aspirations, and normative frameworks to achieve equity and inclusion. It is an instrument for the Government of India and the UN to work together in a coordinated and coherent manner to address the development needs of the poor, vulnerable and marginalised communities in India, and to bring to scale innovative development solutions. The UNSDF recognises the risks that individuals and groups face due to vulnerabilities, including the lack of visibility of their specific needs. Consequently, the UNSDF will focus on efforts to reduce social and spatial disparities in income and human development.

India signs the United Nations Charter on 26 June along with 49 other countries in San Francisco, United States. The Charter sets out, among other things, the ‘Purposes of the United Nations’, which include, among other things, maintaining international peace and security, developing friendly relations among nations based on respect for the principle of equal rights and self-determination of peoples, and achieving international co-operation in solving international problems of an economic, social, cultural, or humanitarian character.

2 ILO becomes the first independent specialized agency of the UN

The International Labour Organization (ILO), which had a presence in India since 1928, becomes the first independent specialised agency of the UN. ILO is the United Nations agency for the world of work. It sets international labour standards, promotes rights at work and encourages decent employment opportunities, the enhancement of social protection and the strengthening of dialogue on work-related issues.

The UN General Assembly adopts the Universal Declaration of Human Rights on 10 December 1948. The day is celebrated every year as Human Rights Day. India was one of 48 countries to vote in favour of the declaration. India’s Hansa Mehta was a member of the drafting committee – she was instrumental in having the original phrase “all men are created equal” changed to “all human being are created equal”. A staunch feminist, social worker, and Gandhian activist, she also drafted the Indian Women’s Charter of Rights and Duties, which demanded that women be treated equal to men.

Prime Minister Jawaharlal Nehru delivered his first address as Prime Minister of India to the UN General Assembly on 3 November 1948.

Vijaya Lakshmi Pandit became the first woman to be elected president of the UN General Assembly. Since then, only two women have held the position so far – Angie Elisabeth Brooks of Liberia in 1969 and Sheikha Haya Rashed Al-Khalifa of Bahrain in 2006.

India deployed 60 Para to Korea under UN Command, and the unit would participate in India’s first ever peacekeeping mission following the 1953 armistice between the Koreas.

UN General Assembly declares 2 October, Mahatma Gandhi’s birth anniversary, as the International Day of Non-Violence. India initiated the General Assembly resolution of 15 June, 2007, which established the commemoration of the international day as an occasion to “disseminate the message of nonviolence… through education and public awareness.” The resolution also reaffirms “the universal relevance of the principles of nonviolence” and the desire “to secure a culture of peace, tolerance, understanding and nonviolence.”

The number of polio cases in India fell from 559 in 2008 to 0 in 2012. The Government, in partnership with UNICEF, the World Health Organization (WHO), the Bill & Melinda Gates Foundation, Rotary International and the Centers for Disease Control and Prevention, and in collaboration with UNICEF Goodwill Ambassador Amitabh Bachchan, contributed to the almost universal awareness of the need to vaccinate all children under age five against polio. Extensive awareness campaigns were undertaken, vaccination booths were set up and house-to-house campaigning was conducted for remote communities. As a result of these efforts, India was removed from the list of endemic countries in 2014.

India sent the first-ever all-women contingent to peacekeeping mission in Liberia. From 2007 to 2016, nine rotations of all-female police units from India were deployed in Liberia. Their primary responsibilities have been to provide 24-hour guard duty and public order management and to conduct night patrols in and around the capital, Monrovia, while assisting to build the capacity of local security institutions.

The Sustainable Development Goals in India

India is critical in determining the success of the SDGs, globally. At the UN Sustainable Development Summit in 2015, Prime Minister Narendra Modi noted, “Sustainable development of one-sixth of humanity will be of great consequence to the world and our beautiful planet. It will be a world of fewer challenges and greater hope; and, more confident of its success”. NITI Aayog, the Government of India’s premier think tank, has been entrusted with the task of coordinating the SDGs, mapping schemes related to the SDGs and their targets, and identifying lead and supporting ministries for each target. In addition, the Ministry of Statistics and Programme Implementation (MoSPI) has been leading discussions for developing national indicators for the SDGs. State governments are key to India’s progress on the SDGs as they are best placed to ‘put people first’ and to ensuring that ‘no one is left behind’. The UN Country Team in India supports NITI Aayog, Union ministries and state governments in their efforts to address the interconnectedness of the goals, to ensure that no one is left behind and to advocate for adequate financing to achieve the SDGs. 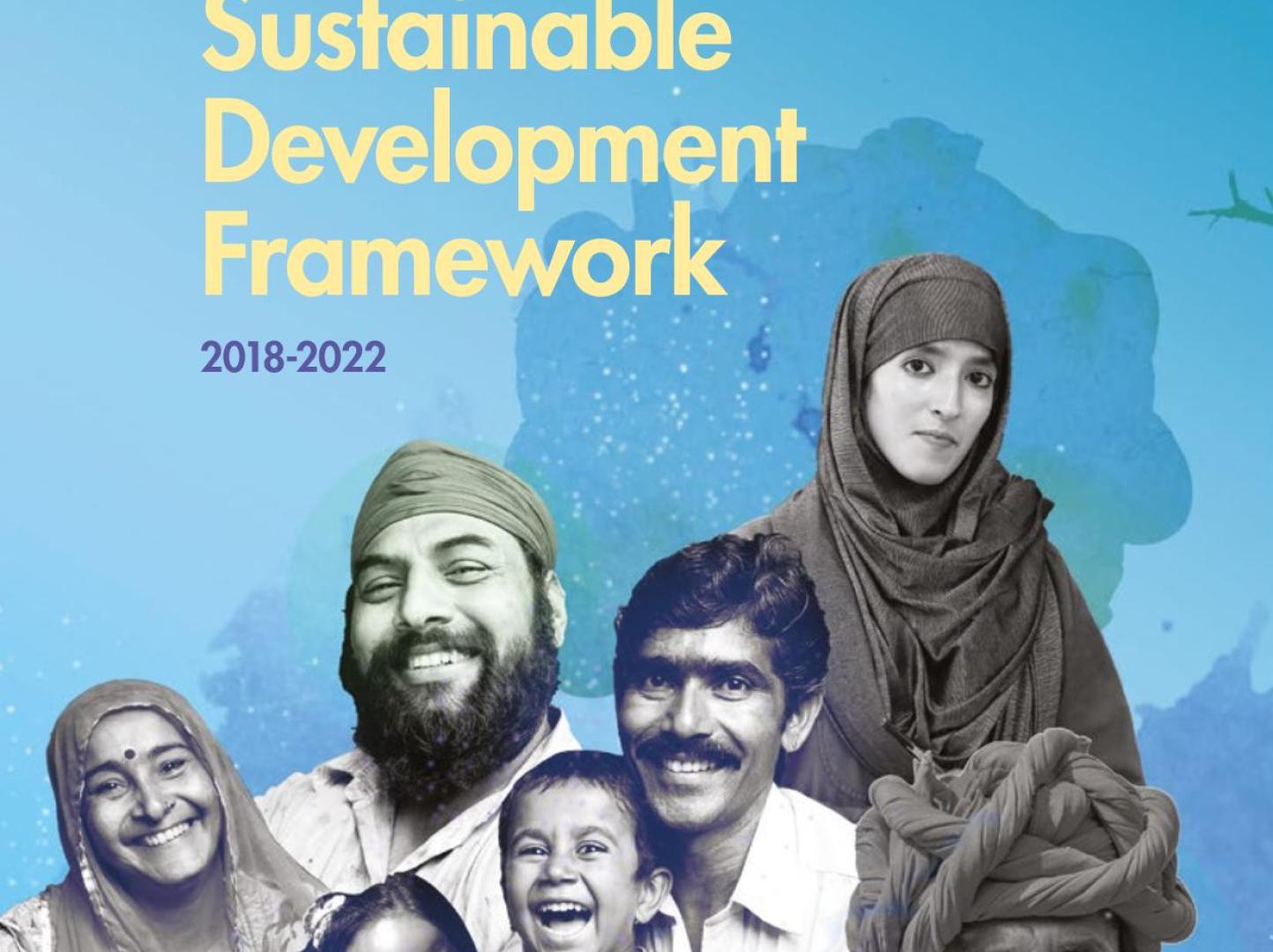 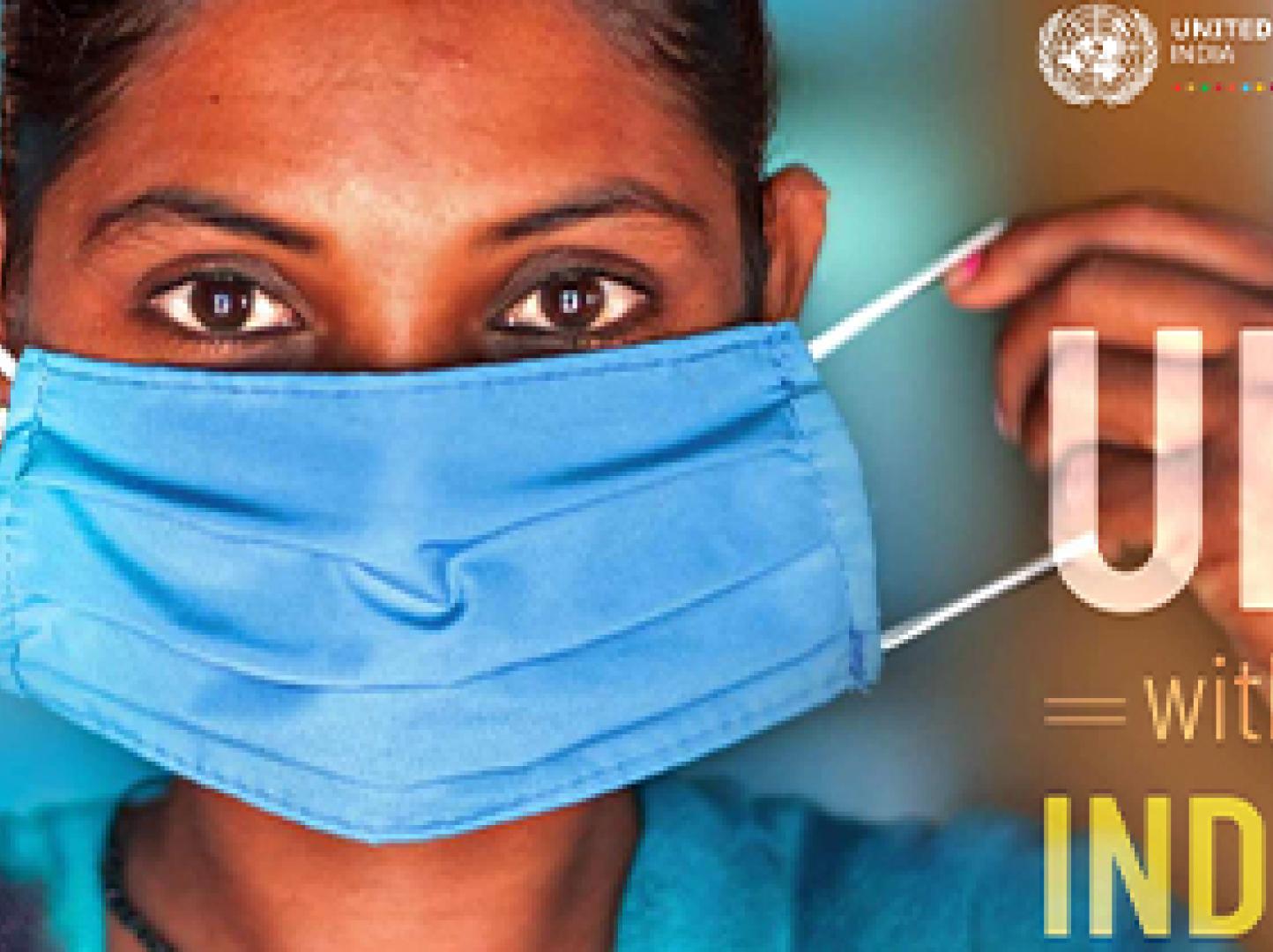 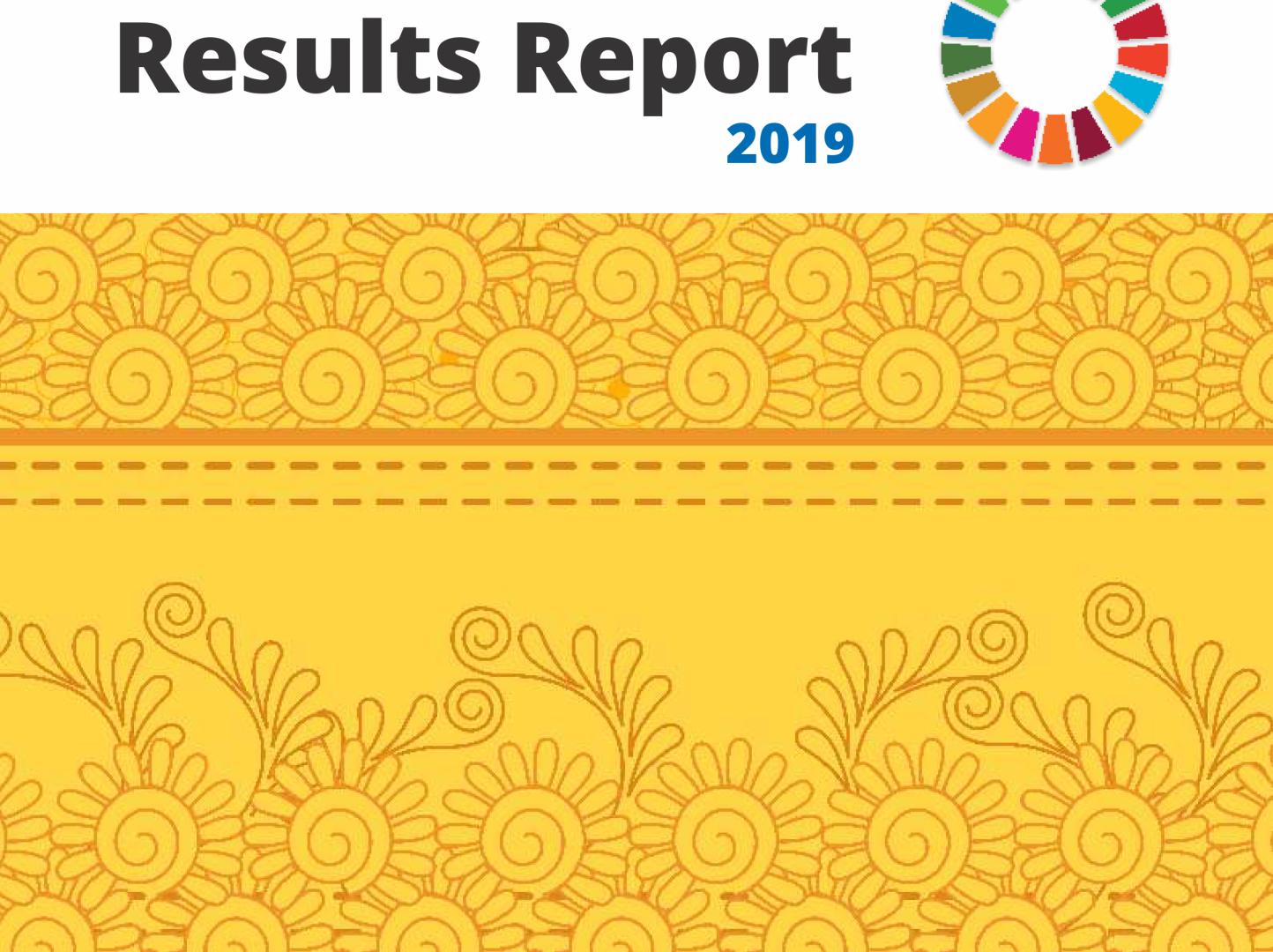 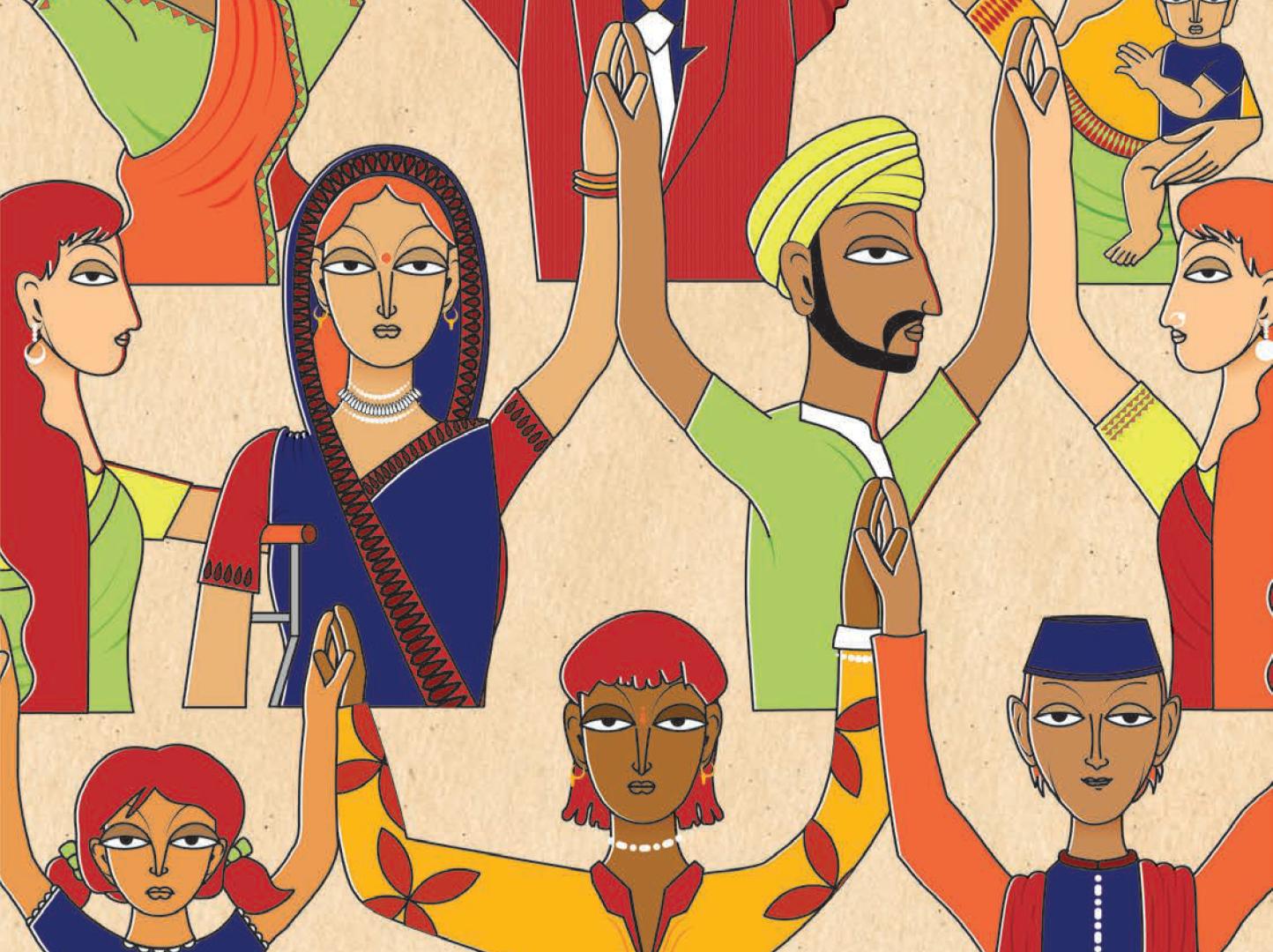